Icon of the Mother of God «Vladimirskaya» 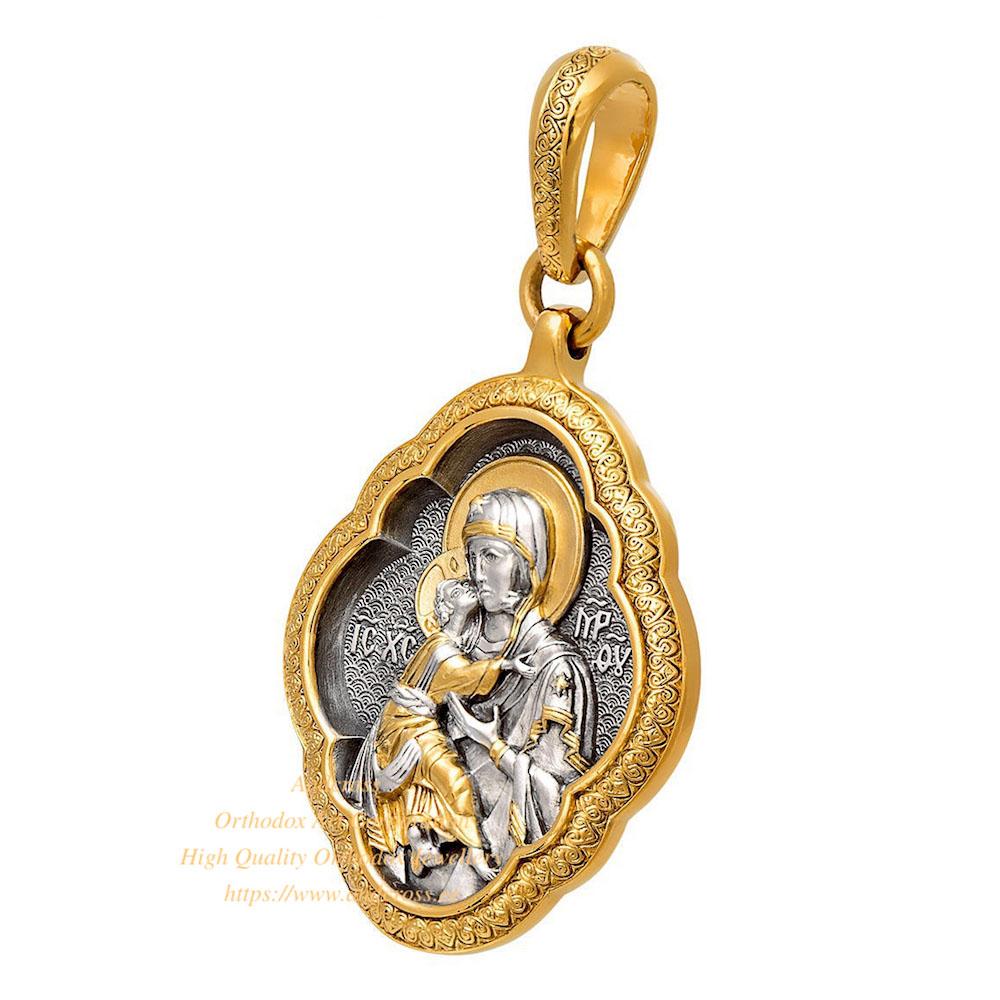 It is believed that the icon of the Mother of God was the first image of «Tenderness», which was painted by the Apostle Luke on the table of the Holy Family. Modern scientists date the icon to the 12th century. In many chronicles, it is said that Luka Harisberg in 1131 gave the shrine to Prince Yuri Dolgoruky

Already in the XVIII century. all the Shrines were rewritten. In mid-1919, the Vladimir Icon of the Mother of God underwent restoration, where the authenticity of the painting of the shrine was revealed. After that, it turned out that only the faces and fragments in the margins remained unchanged. At the beginning of the XVI century, both figures of the icon were rewritten. The proof was a preserved fragment of the XIII century, where the Virgin tightly embraces the baby, but now lightly touches the chiton. So, the shrine is recognized as a world masterpiece.

Lazarev wrote that the artistic execution in the icon conveys the whole essence of painting in Byzantium.

Both Faces are written in different techniques as if they are opposed to each other. The artist painted the Face of the Mother of God on an olive sankir, working out the graphics. Small strokes become invisible, creating a common canvas. The blush slightly enlivens the Face of the Virgin, showing that a ray of light is extinguished in it. Nearby is the image of Christ.

If you look at his Face you can see that his painting is built on a dark basis. That is why he seems to shine. The light energy is shown in pure white with hot browns. This is Life itself, which arises from the movements of the greatest painter. You can see in Christ how human nature is transformed into light, filled with life. The figure of the baby shines with gold and grace. Now the Mother of God does not hold the Baby to Her. The look of the Mother of God is filled with unspeakable sadness as if asking for mercy for her Son. The Vladimir icon was written in the language of images and shows that true love for God is a righteous life.

The painting of the Vladimir Icon cannot be repeated. It is written by an artist who has no equal in art. It is believed that in all the late icon painting, only the ancient iconographic canon is preserved.

From the city of Vladimir, the shrine was transported to Moscow, and already in the Assumption Cathedral, its icon, painted by Andrei Rublev, was changed. It is assumed that Rublev owns a «spare» icon of the Mother of God. The master was already rethinking his works of ancient iconography in a new way. Then they began to consider the national ideal of the ideal of holiness.

What changes have occurred?

The sacrifice on the part of the Mother of God is equated with the mother’s sacrifice. The icon became the beginning of the union of the created nature with something Divine.

The sacrifice to humanity offered by God in the person of the Son is united with the sacrifice of the Mother of God, who brings the Most Pure. The heavens bowed before them, and the earth went to meet them.

To save the life of mankind, God gives the son, and the Mother of God — the most precious thing for herself.

The ancient Russian person, looking at the icon of Rublev, seems to ask the question: «What do I sacrifice?» At the moment, the shrine is on display in the Tolmachi Church of Nicholas at the museum of the State Tretyakov Gallery.