Cross «Crucifix. The Kazan icon of the Mother of God with interceding saints» 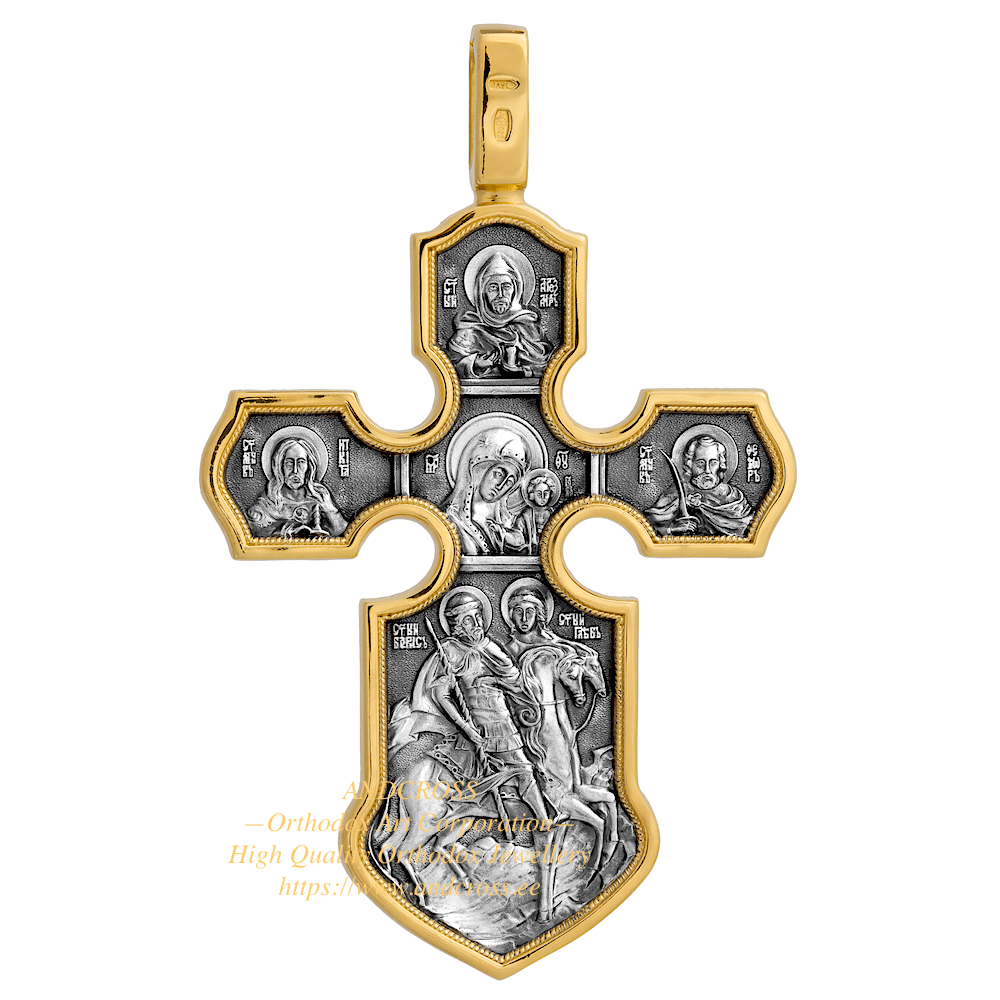 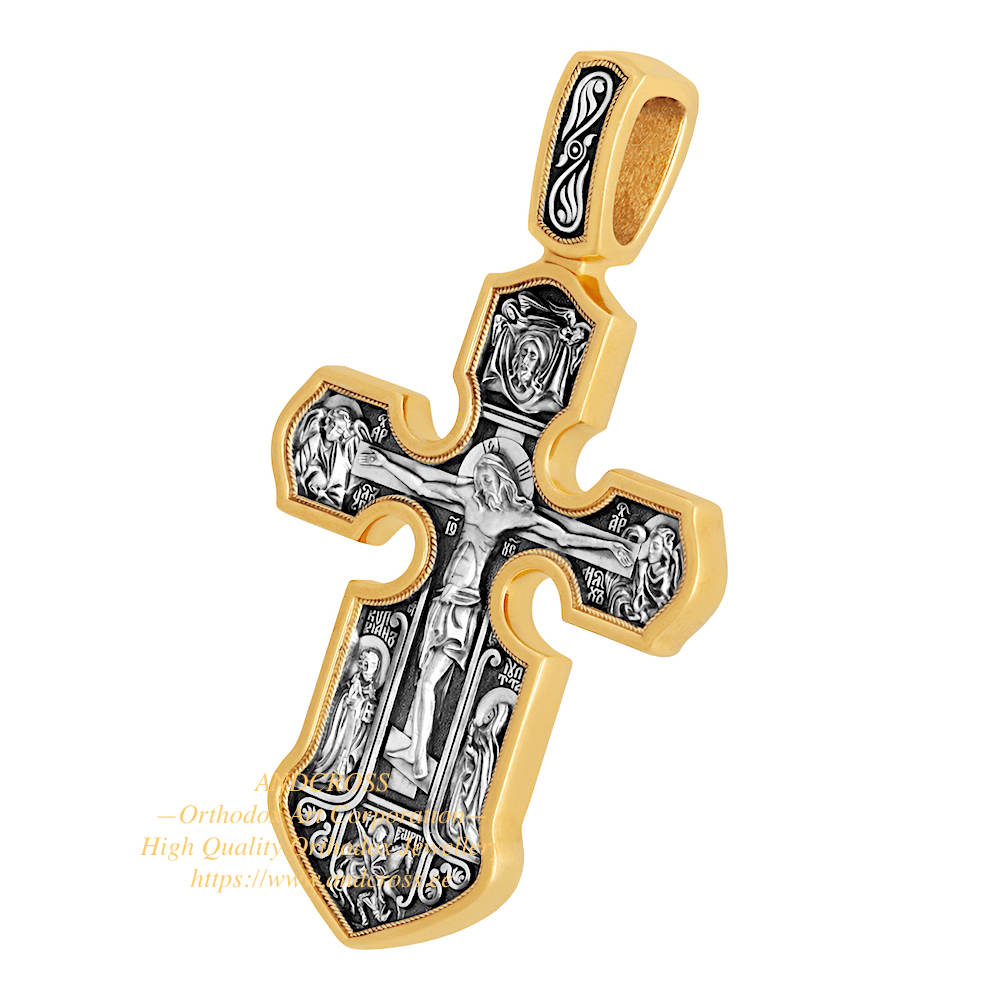 The Holy Family. Christian Icon Silver Plated .999 ( 5.12″ X 7.1″ ) 13cm X 18cm. B382
€70.00
DESCRIPTION REVIEWS (0) WARRANTY AND DELIVERY
The pectoral cross is similar in shape to an anchor. It is decorated with images of icons of Jesus, the Mother of God, as well as saints who gained fame in the fight against evil, especially evil spirits and sorcerers. The crucified Savior is depicted on the front of the cross. The martyrs are near him. One of them, Cyprian, served Satan and was even going to become his prince. He was cruel and powerful. But Cyprian believed in God and began to fight with Satan himself with the help of the righteous Christian Justina. God gave him grace for this righteous and courageous act. He allowed him to help others fight evil. It is Cyprian and Justina who help the faithful in the hours of temptation and adversity. Archangels Michael with a sword in his hand and Uriel are also depicted on the cross. These archangels can help people with evil forces, strengthen the faith. The Image of Edessa is present at the top of the cross. It has been the main symbol of protection for Christians for many years. The image of Saint George is present at the foot of the crucifixion. It is he who strikes the serpent with a spear, which represents all evil on earth and is the main symbol of sin. This saint symbolizes not only the victory of Christianity but also the salvation of the soul from eternal torment. The image of a snake-fighting warrior with a raised sword is also present on the reverse side of the product. With the help of faith, prayer, and the sword, Theodore Stratelates won a battle with a serpent that devoured people and cattle. The icon Mother-of-God of Kazan is the central part on the back of the product. This is one of the most famous and revered icons among Orthodox Christians. It serves as a shield that protects believers from evil. Apocryphal great Martyr Nikita Besogon is depicted on the left side, Alexander Nevsky – on the top. The martyr Nikita was severely and long tortured by his father for accepting the Christian faith. The martyr baptized many believers afterward. Prayers to this saint help in studying, illness, and trying to resist strong temptation. Alexander Nevsky is a great commander and ruler. He is the only one in all of Europe who did not agree to a deal with the Catholic Church and defended Orthodoxy with a sword in his hands. Boris and Gleb, the holy ancestors of Nevsky, are located in the lower part of the cross. It was they who preached Christian charity and love for one's neighbor, speaking about the inadmissibility of revenge. These saints became a symbol of protection and unity in Kievan Rus'.
0 reviews for Cross «Crucifix. The Kazan icon of the Mother of God with interceding saints» 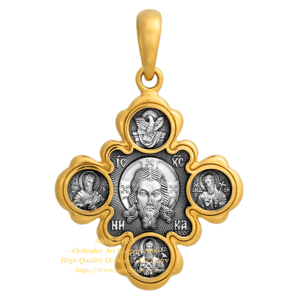 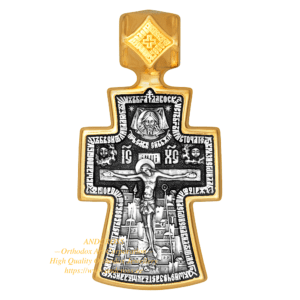