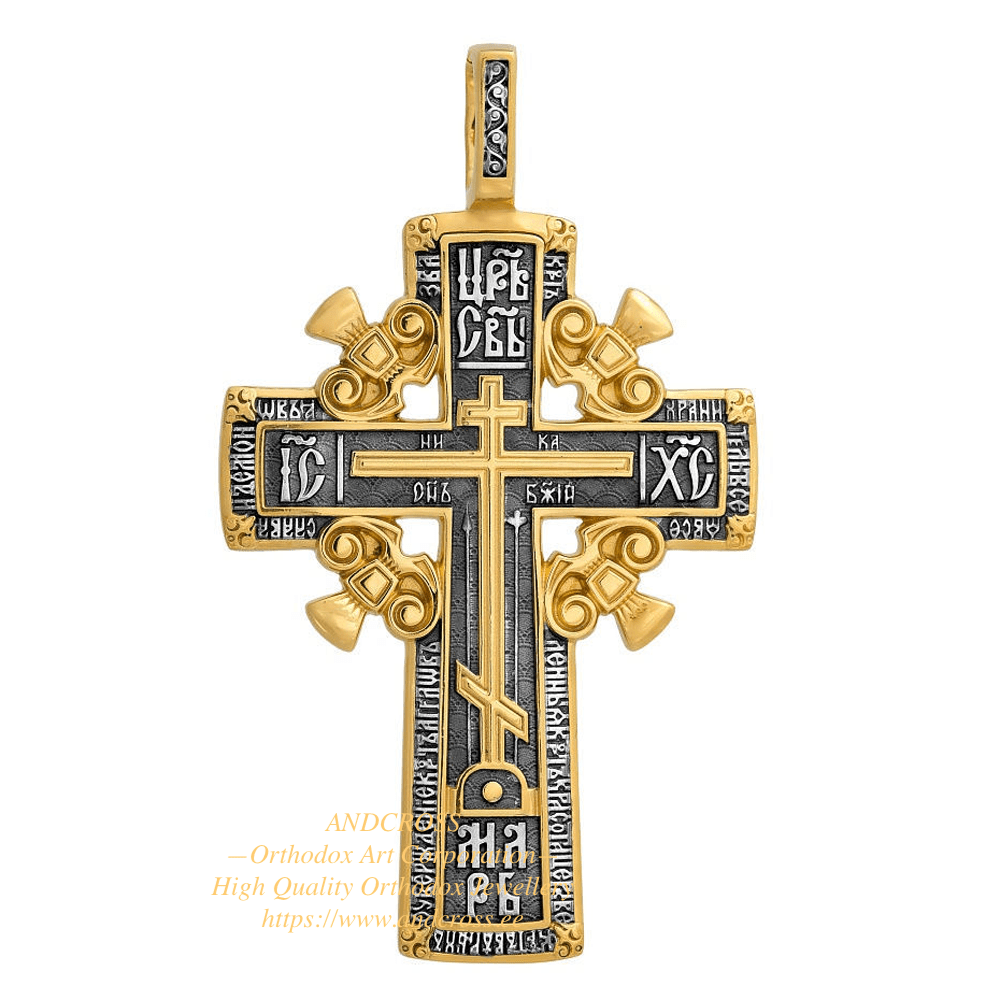 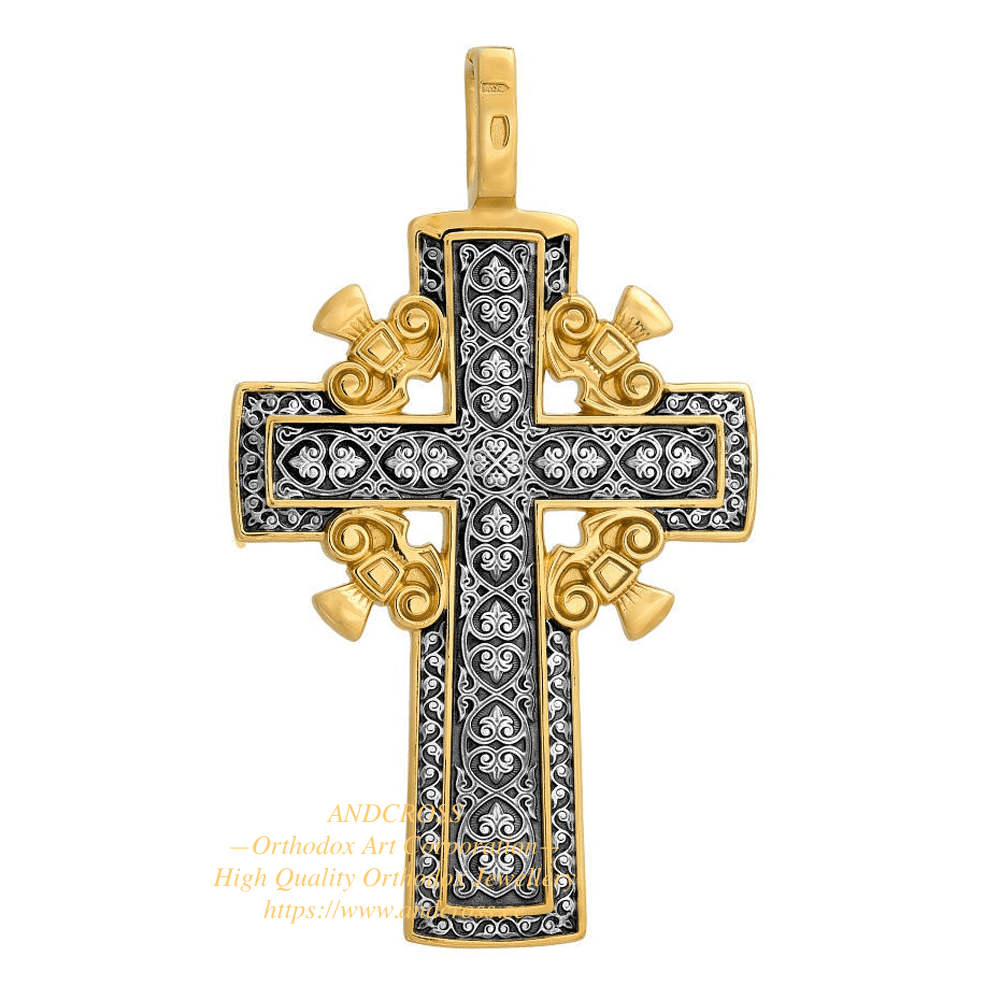 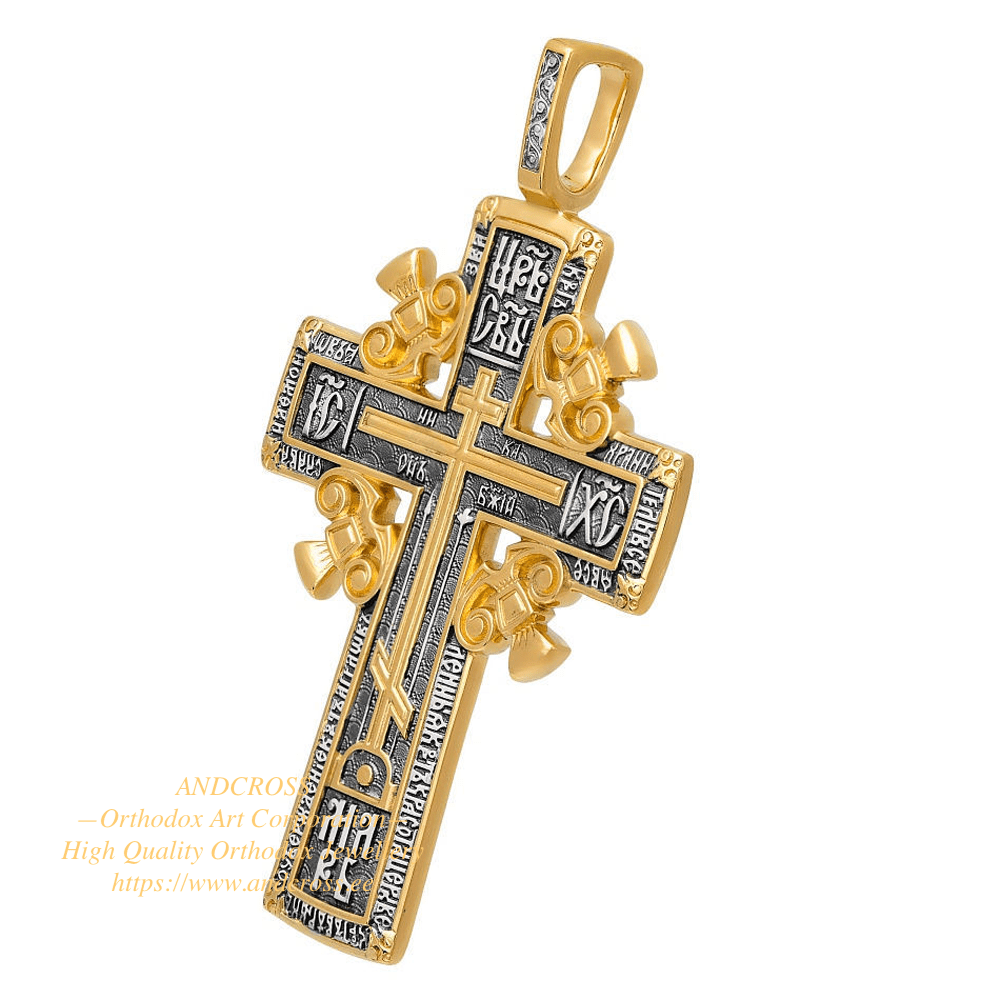 The Holy Family. Christian Icon Silver Plated .999 ( 5.12″ X 7.1″ ) 13cm X 18cm. B382
€70.00
DESCRIPTION REVIEWS (0) WARRANTY AND DELIVERY
The cross has long been considered the main symbol for Christians. A pectoral cross with the image of Christ or without it has become widespread in Orthodoxy. This product does not have an image of the Son of God. The Calvary is engraved on its front side. The pattern of plants is depicted on the backside. Such decorations became widespread under Peter I in the early eighteenth century. Large crosses with vegetable engraving and inserts of scarlet stones were characteristic of that time. Ornate plants symbolize the sun, which gives its rays. Branches with fruit berries, as well as a bloody crown of thorns, are also depicted on the cross. All this is a reference to the Bible. It tells about the holy cross, which was erected in a deserted place. The darkness was dispelled and life had originated thanks to this cross. An eight-pointed cross, a stick with a sponge on it, and a spear are depicted on the Calvary of this product with the help of a relief. The name of Jesus Christ and the word “NIKA” meaning his victory are engraved on both sides. The eight-pointed cross is very common in Orthodox Christianity. It is considered the only true one among the Old Believers. According to the Gospel, additional tablets were nailed to the cross of Jesus: a footstool and a table with an inscription. A four-pointed cross means everything seen and unseen, as well as Omnipotence that stretches in four directions: in height, width, length, and depth. Thus, it turns out that every detail of this product carries meaning and symbolism for a believer. The beam that runs across it seems to divide space, separating heaven and earth. Trees and plants are of great importance in Christian symbolism. They mean the renewal and rebirth of the soul in the earth life. They are a symbol of paradise in heaven. An even more complex pattern is engraved on the reverse side. The whole ornament symbolizes the universe, all parts of which are drawn to God in the form of branches and shoots. It seems that they want to connect in the center. Jesus Christ is the center. In total, there are twelve branches in the artistic composition — these are the apostles and the Disciples of the Savior. They seem to strive to lead everyone to the divine and bright from all over the earth. The saving and healing power is the idea that unites all the parts of this complex composition into a single whole. The pectoral cross symbolizes faith. It protects a person in difficult situations and helps him to overcome difficulties.
0 reviews for Silver gilded pectoral cross with Calvary and prayer 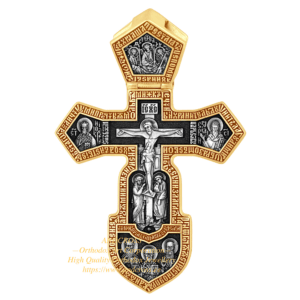 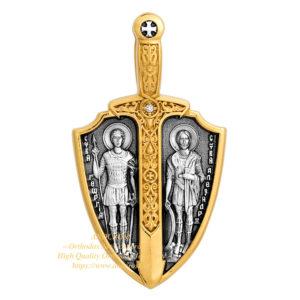 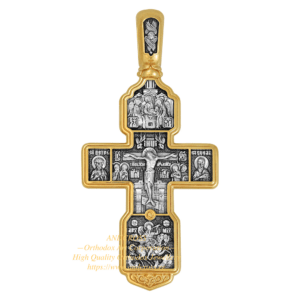 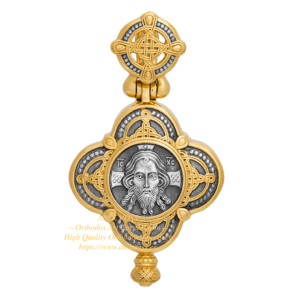