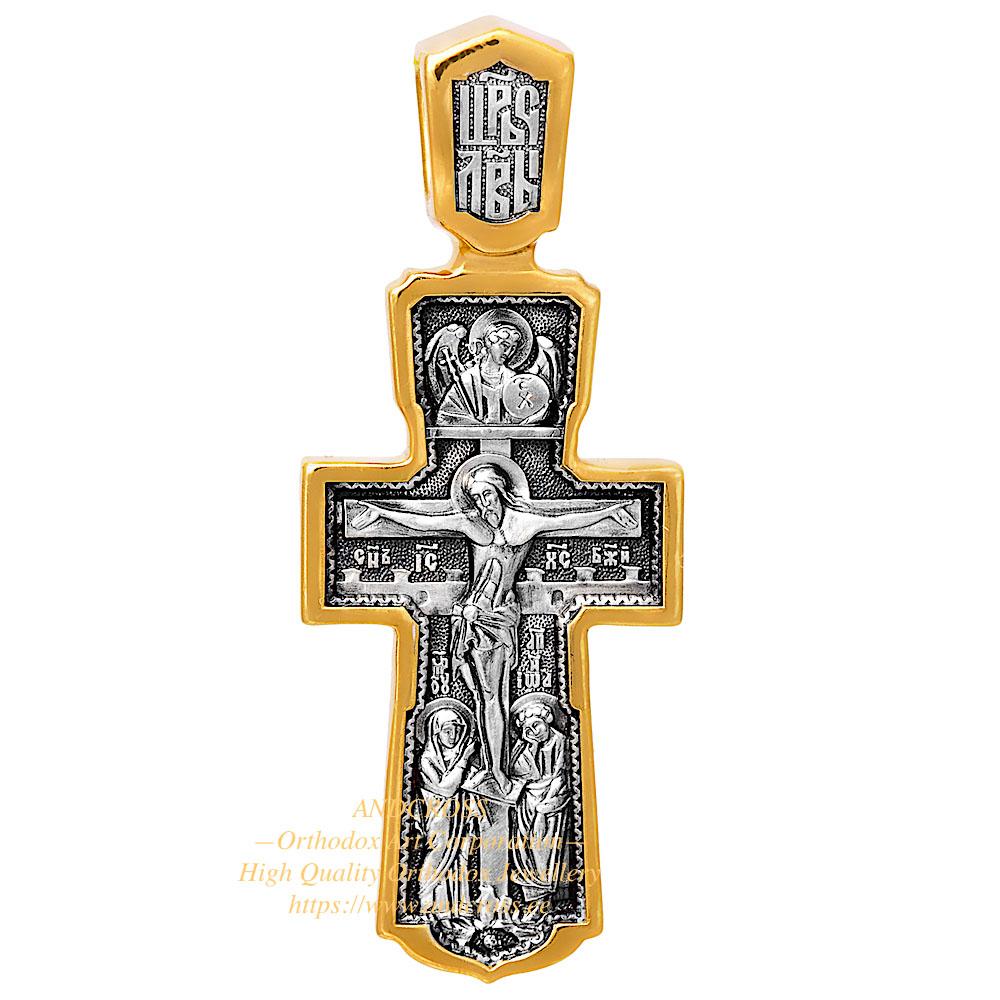 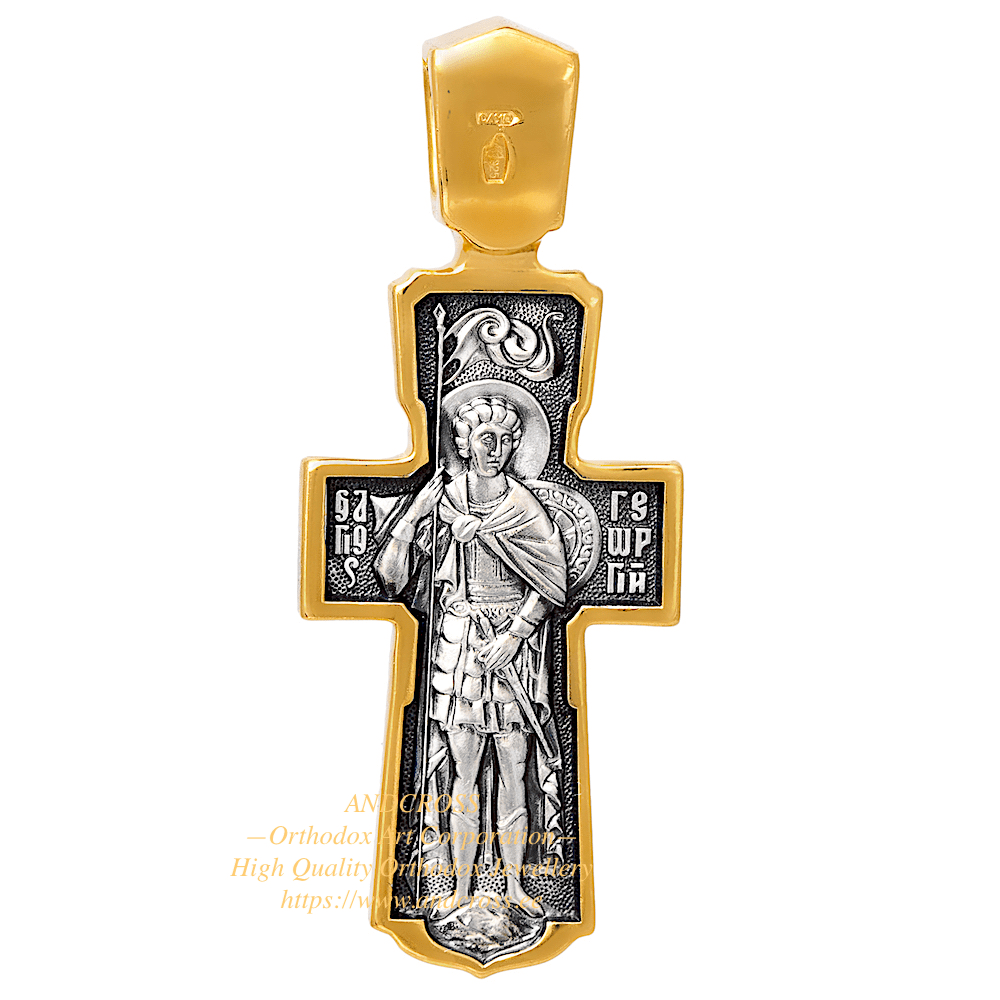 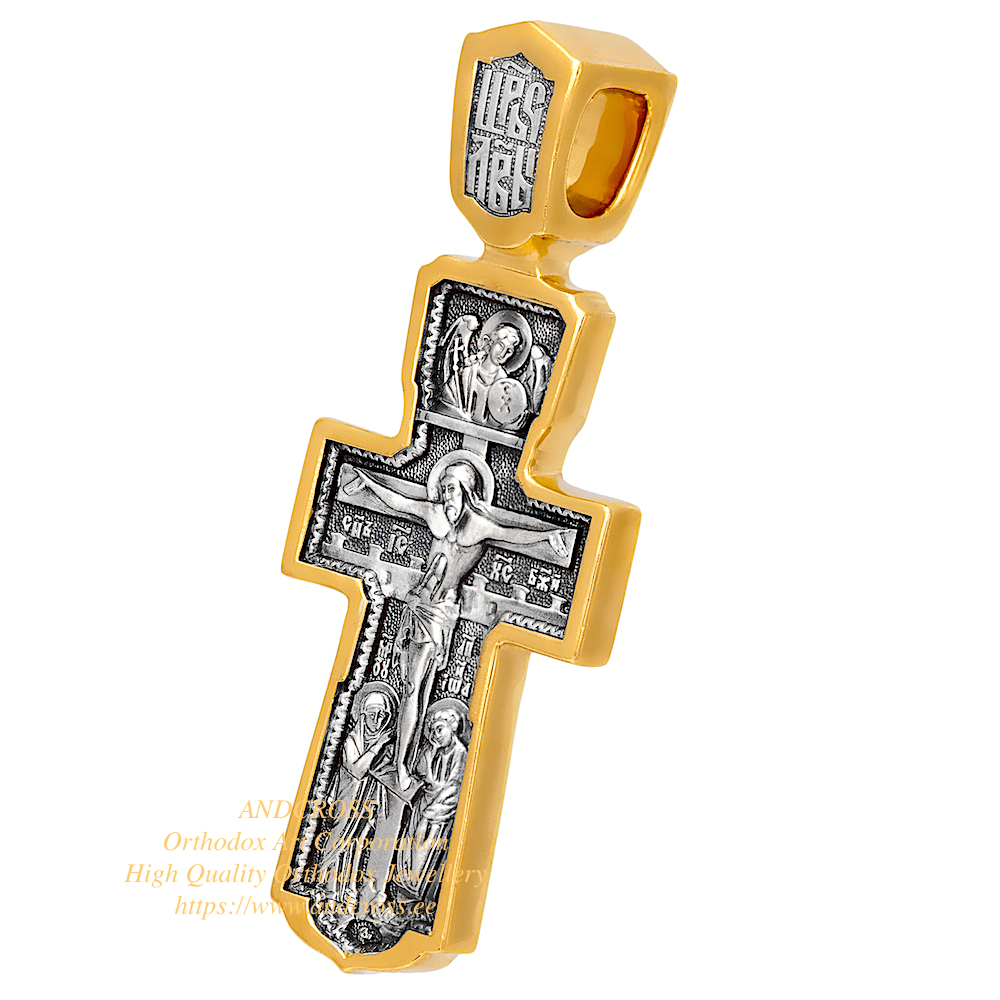 The crucifixion. Guardian Angel. Kazan Icon of the Mother of God
€63.00

The Holy Family. Christian Icon Silver Plated .999 ( 5.12″ X 7.1″ ) 13cm X 18cm. B382
€70.00
DESCRIPTION REVIEWS (0) WARRANTY AND DELIVERY
The crucifixion is made in the traditions of ancient Russian art: a small four-pointed cross with a vertical crossbar extended downwards. In ancient times, such crucifixes were common as well as equilateral ones. The explanation for this is based on the general symbolism of the form, which is an image of the world extending in breadth to all four sides of the world, as well as upward – to the heavens. The vertical crossbar carries the meaning of the connection with the Sky, and the main crossbar marks the earthly existence. The composition of the cross consists of: The images are placed each on a specific side of the cross. Icon of the Crucifixion The icon of the Crucifixion is placed on the front side of the cross with the image of the Mother of God and the Apostle John the Theologian, because according to Legend, they were next to the Savior in His sufferings until the very end. Jesus Christ, ascended on the Cross, is much larger than the figures of the Mother of God and the apostle. Such a violation of proportions carries a symbolic meaning - Jesus seems to rise above the world. A distinctive feature of Orthodox icons of the Crucifixion is that they do not depict the physical suffering of the Savior. Christ embraces the world with his saving arms. His sacrifice symbolizes victory and triumph. On both sides, the icon of the crucified Jesus Christ is surrounded by the words: "Jesus Christ is the Son of God." At the top of the cross is an Icon of the Guardian Angel. In his right hand he holds the "spiritual sword", which means the struggle against demons and sin, and in his left hand – a mirror, on which the name of the Savior is indicated. This is due to the fact that according to Legend, each angel has a mirror, with which he always sees the Lord and listens to His commands. At the very top is the inscription: "King of Glory", which refers to God the Son – the name of the risen Lord Jesus Christ, who ascended to Heaven and reigns in the Heavenly Jerusalem. The image of St. George the Victorious The icon of the holy warrior - Great Martyr George is depicted on the cross on the reverse side. On the cross, the saint is dressed in military armor with a cloak tied over it, with a round shield on his back, and is depicted in full growth. In the right hand of St. George the Victorious, the patron saint of warriors, a flag is flying on a long shaft, and the left hand is tightly clutching a sword. Not fearing torment and voluntarily going to death for Christ, he accomplished a real feat. George was granted a martyr's crown, the Lord gave him miraculous power to help people.
0 reviews for The crucifixion. Saint George 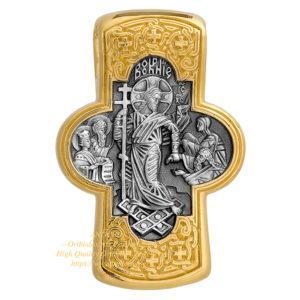 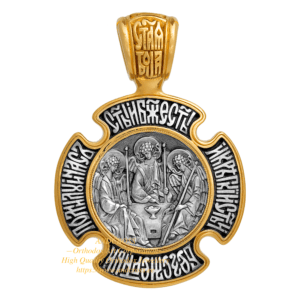 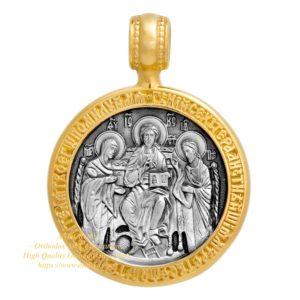