Russian crosses on the body. History and traditions 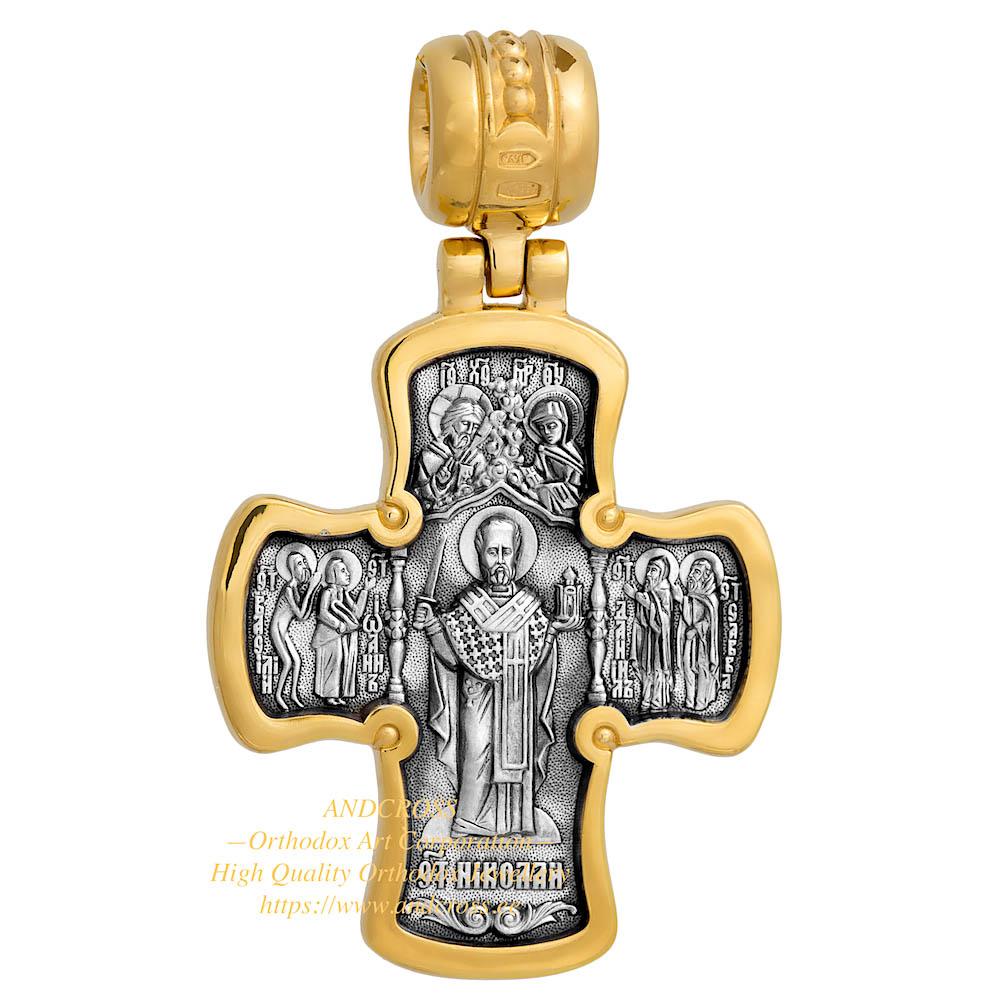 The Baptism in Ancient Russia was a significant event. Each baptized person received his own cross. He lived with it all his life and then he was buried with it. At first, after the baptism of All Russia, the crucifixion was worn over the clothes. This showed that the person was a Christian. Crucifixes with the image of the holy face passed from generation to generation.

The famous crucifixes are real relics. They belonged to:

A copper-cast cross-encolpion of the twelfth century with the face of the Mother of God refers to the miraculous.

It was at the crucifixes that our ancestors spoke the words of loyalty, and after exchanging them, they were considered twin brothers. Almost any construction was necessarily accompanied by the laying of a crucifix inside the base of the building. There were still many different traditions. For instance, many crosses were created from the destroyed church bell. They were in great demand. Old crucifixes of 5-7 centuries, discovered in Chersonesos, Kiev and several other settlements, had four ends. They were made of wood, bones, or amber, glass. On the pre-Mongol crosses-encolpions with the face of the Mother of God was written: «Holy Mother of God, help.» Images on the reverse side of the Mother of God with St. Nicholas the Wonderworker were a frequent occurrence.

How did the crosses look like in different centuries

The crucifixes, which have a more ancient history, were completely different in terms of shape and the presence of ornaments:

With a relief pattern in the centre of an eight-pointed cross with a spear, a cane, in flowers, herbs and patterns, it became known as the «flourishing» or «Blossoming tree of Christ», referring to the prototype of the Cross in the Old Testament – the «Tree of Life». Saint Justin in the second century called it a symbol of Christ. In the seventh century, John of Damascus said that the« Tree of Life» grown by God in the Garden of Eden is nothing but a Cross: destruction came through it, and through the Tree – life. There is a flourishing cross on sarcophagi made of stone in the 4th century.

In the 17th-18th century, crucifixes began to be painted more and more variously. This is especially evident in those that were made in Veliky Ustyug and Solvychegodsk. They were decorated on both sides by coloring with transparent enamel paints. The shades could be different. The paint was applied to the notched parts of the patterns of flowers and plants. Rays radiated from the middle crosses, which were decorated with small pearls or mother-of-pearl.

Often body crucifixes were made of metal. Less often you can see them made of gold or silver. They were also created from copper.

If you look at the Old Believer cross, you can see the prayers:

In the 16th century, crosses appeared in the form of an Angel-Savior, and St. Nikita was especially popular – «the winner of the devil»; «embarrassment to demons». In the 17th century, the crosses depicted the instruments of the Passion of Christ. First of all, with:

The twentieth century. Residents of the Vladimir province wore either miniature icons or the same crucifixes. In the male half of the population, they had an extension at the ends, or were straight or roundish. In women, as a rule, they were narrowed at the ends, similar to a tree leaf. They were worn on the so-called «gaiten» (this is a shoelace).