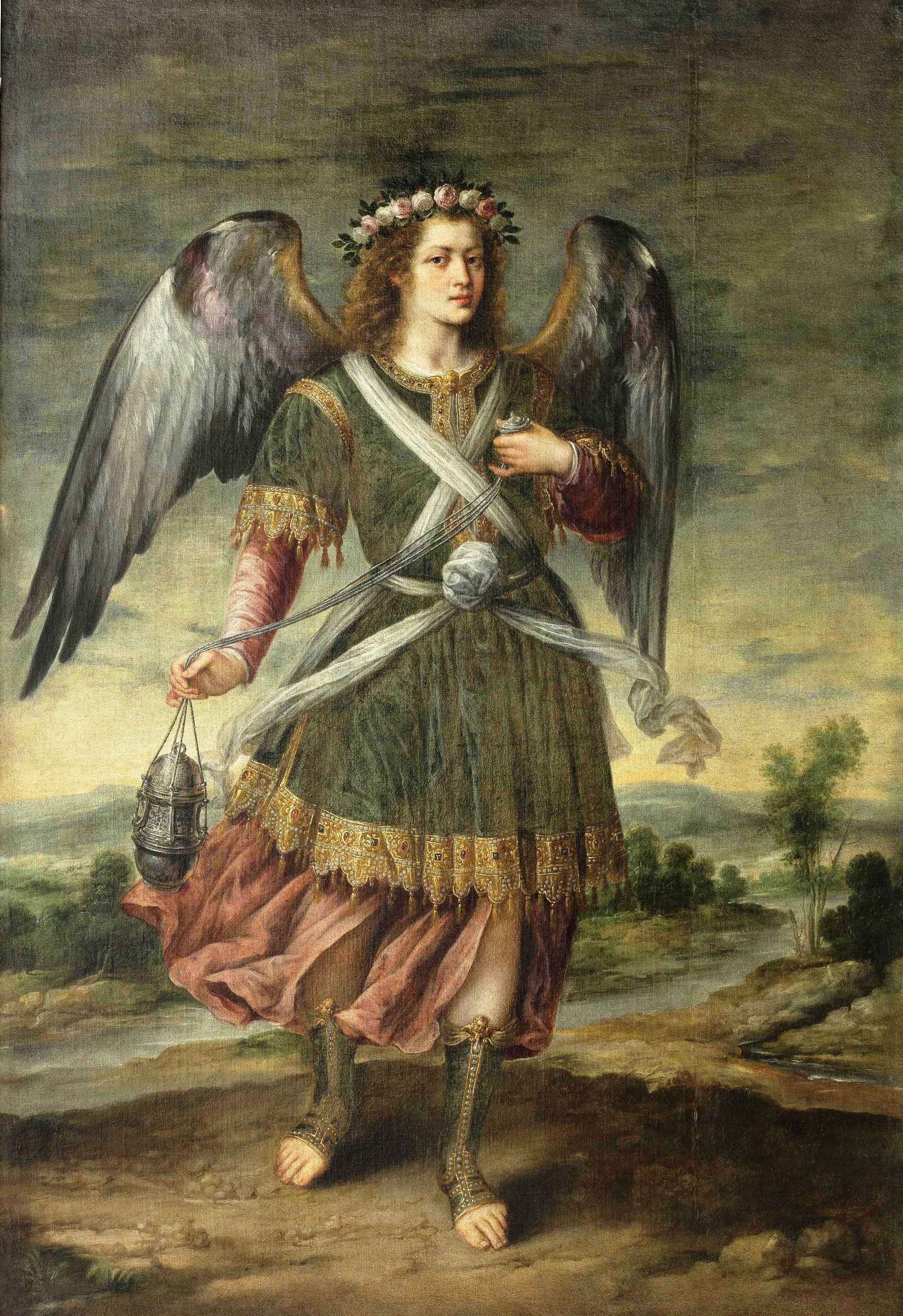 According to Scripture, there is a real world where all mortals live. But there are also other worlds not visible to an ordinary person. In Heaven, in another dimension, the disembodied spirits – the Angels – live. They are messengers of God. Some even consider them His warriors. Above all the  are 8 Archangels. The prefix “arch” means “higher”. Each of the higher Angels has his purpose and mission. The fifth in a row is the Archangel Selaphiel, sometimes, he is called Sealtiel.

The name Selaphiel is translated from Hebrew as “prayer to God”. The Fifth Archangel is called the Prayer to Our Lord, as he prays for the faithful and encourages them to pray. In Heaven, the Archangel Selaphiel is close to God and leads an army of praying angels.

In the Holy Bible, the name of the archangel Selaphiel is mentioned in the Third non-canonical Book of Ezra. There is no other mention of this inhabitant of Heaven in Scripture. In the book of Genesis, it’s said that Selaphiel appeared to the slave named Hagar. After being expelled from home, she and her small son were suffering from hunger and thirst in the desert. And then, sent by the Lord, Selafiel appeared to her because she fervently prayed for deliverance from the suffering for herself and her child. The Archangel said that the Lord had heard her prayers.

In the 15th century, the monk Amadeus of Portugal (Joao) told about Selaphiel in his work of revelations. At the end of the 17th century, Dimitry of Rostov mentioned the Archangel in The Lives of Saints. Thanks to this, the name of the Prayer to Our Lord is now known in the Orthodoxy. In Catholicism, only the Archangel Michael is revered. The other 6 heavenly creatures remain practically unknown. Only truly devout Catholics pray to them.

How Archangel Selaphiel is depicted

On icons, Archangels are always depicted as young men with thick wavy hair and wings. Manhood and youth mean purity and innocence of the Archangels, and the wings show the speed with which they deliver messages from God or come to help mortals at their requests (prayers).

Each Archangel holds his own symbolic thing in his hands. For example, Selaphiel is depicted with his hands folded in prayer or holding a prayer book. His eyes are modestly lowered. According to the Church Fathers, this image makes people think about the importance and necessity of daily prayers and praises of the Lord.

Selaphiel is the Prayer to Lord. People pray to him when they doubt their faith and it needs to be strengthened. People also pray to him if they need spiritual or physical development. The main mission of Archangel Selaphiel is to strengthen people’s faith in God and His deeds. The Archangel also appears when a person’s strength is running out and he ceases to believe because he doesn’t get any help. The story about the woman slave in the desert brilliantly shows this.

It’s a good tradition to give images of the Archangel Selaphiel to children when it’s necessary to educate them or strengthen their faith in Heaven and the power and mercy of the Lord. These images also serve as a talisman. People can pray to this Archangel for the salvation of both their body and the soul. He delivers people’s requests to God if he considers them important and urgent.

If you need the Archangel Selaphiel to hear you and help faster, sing an Akathist Hymn to him. This is a kind of prayer that helps when addressing the inhabitants of Heaven. The Akathist of Selaphiel should be chanted when you want to strengthen your faith or seek help in guiding your loved ones to the right path.

Don’t be disappointed if you don’t get an immediate answer from the inhabitants of Heaven. After all, there are a lot of people asking, and there may be more important and urgent requests. The answer to prayers may come in different ways. Someone will see it in a dream, and the other will be given wise advice by his spiritual mentor.