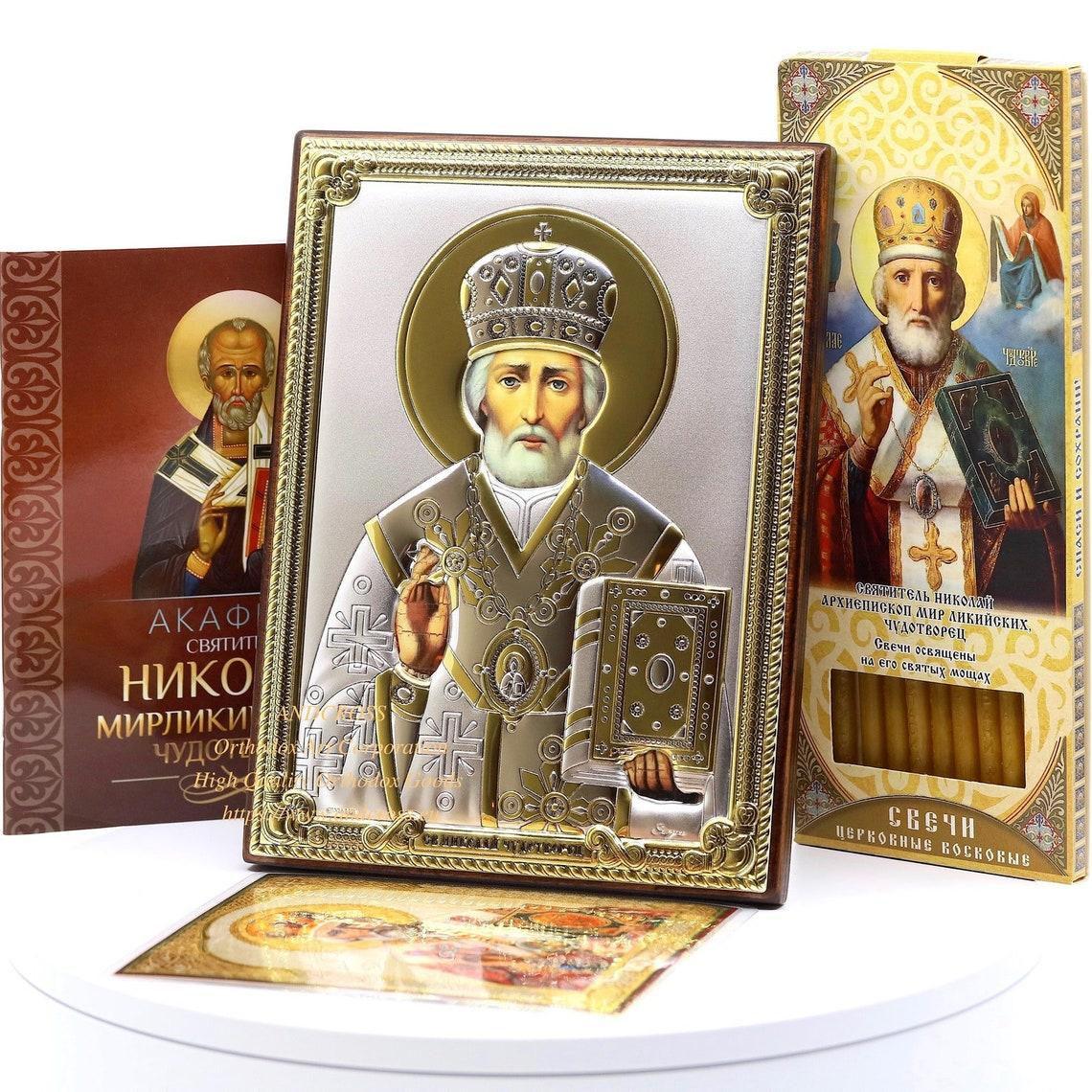 The first image with healing powers in history is the icon of the Savior, Image Not-Made-By-Hands (also called Acheiropoieta). After Jesus Christ wiped His face with a napkin, the imprint of His face remained there. Abgar V, the ruler of Edessa, was cured with the help of that cloth.

Since that episode, more wonder-working icons began to appear in the Christian world. Praying to them heals both the body and the soul from diseases, even in those cases when medical treatment doesn’t work.

One of the proofs that the icon has a miraculous power is myrrh-streaming. Drops of an oily liquid (myrrh) can appear on the images, just like they appear on the relics of saints. It’s impossible to say how many icons have been seen with myrrh-streaming. But these facts remain: the Orthodox world has witnessed this phenomenon. And science cannot explain its nature, no matter how hard scientists try.

Moreover, some wonder-working icons appeared to people by the grace of Our Lord. For example, such a thing happened in the Russian city of Kazan in 1579. After a big fire, the Virgin Mary appeared to a 10-year-old girl Matrona and pointed out to the place in the ashes. This is how the Icon of Our Lady of Kazan was found. At the site of this discovery, the Kazan Bogoroditsky Monastery was erected. Matrona became the first nun there and changed her name to Mavra. The day of the finding is July 8. Now it’s celebrated as a major Orthodox holiday.

Icons are known to save not individuals only, but also entire nations. Thus, in 1395, the huge army of the Turkic conqueror Tamerlane invaded Holy Rus. Christians had little military experience but their spiritual defense turned out to be incredibly strong. When the Icon of the Virgin of Vladimir (already known by that time for its miracles) was brought to Moscow, the army of conquerors turned around and moved to the east for no apparent and explicable reasons. Mass prayers of Muscovites in front of this icon also helped to save the city and the whole country from the raids of other Tatar khans – Akhmat Khan in 1480 and Mehmed III Giray in 1521.

Some icons are universally recognized as wonder-working and have been full of miraculous powers for hundreds of years. And some images are simply prayer-soaked since many people throughout the Orthodox world were praying to them. There are no facts of incredible and rapid recovery from illnesses related to these images, but at the same time, churchgoers get their help in everyday matters and health improvement. Should such icons be considered wonder-working? Perhaps, every believer can answer this question for himself. There is a belief that any icon can become wonder-working if you pray hard in front of it.

Knowing about these icons and their miracles, any believer wants to become a part of this wonder. It’s a truly normal desire to see the image with your own eyes, pray in front of it, kiss it, thank Our Lord, and ask for His mercy for yourself and your loved ones. Since wonder-working icons are rare, they are not available to everyone. So, you need to go on a trip and spend the whole day (or more) on the road. And the longer such a journey takes, the more you need to prepare for it. It’s not just about the things to buy for the trip, but more about the mindset.

This is how a simple visit to the church turns into a pilgrimage. Even if the main goal of the trip is to witness a wonder-working icon, pilgrims can also participate in other activities: attend worship service, take communion, bathe in the holy spring or even stay at the monastery for a while and help its inhabitants in their labors.

A person who has never been on pilgrimage, but wants to start, can seek the help of his co-religionists. The Andcross Pilgrim Ecclesiastic Educational Center has been organizing trips to holy sites in different countries for more than 20 years. You can find the list of upcoming trips, their details, and photos of our previous trips on the website https://www.andcross.ee

Together with brothers and sisters in faith, it’s much easier to make unforgettable trips. Many of these journeys would be difficult to make alone.

The Andcross Orthodox corporation also offers icons for all believers. The images of Jesus Christ, the Virgin Mary, the Holy Trinity, and the most revered saints are crafted by Orthodox masters with impressive artistic skills and made according to all canons.

These icons are new. Their history and energy should not be compared with those relics that we’ve mentioned above. However, having icons at home is very good for every believer. Most of the icons that you can buy are made using precious metals – gold and silver. Therefore, they will serve for hundreds of years and eventually also become relics themselves. Maybe they won’t be significant for the entire Christian world, but they can be your family heirloom.

You can contact our Orthodox corporation by e-mail store@andcross.eu. Feel free to ask any questions about pilgrimage, purchasing icons, and many other inquiries related to the Christian enlightenment.