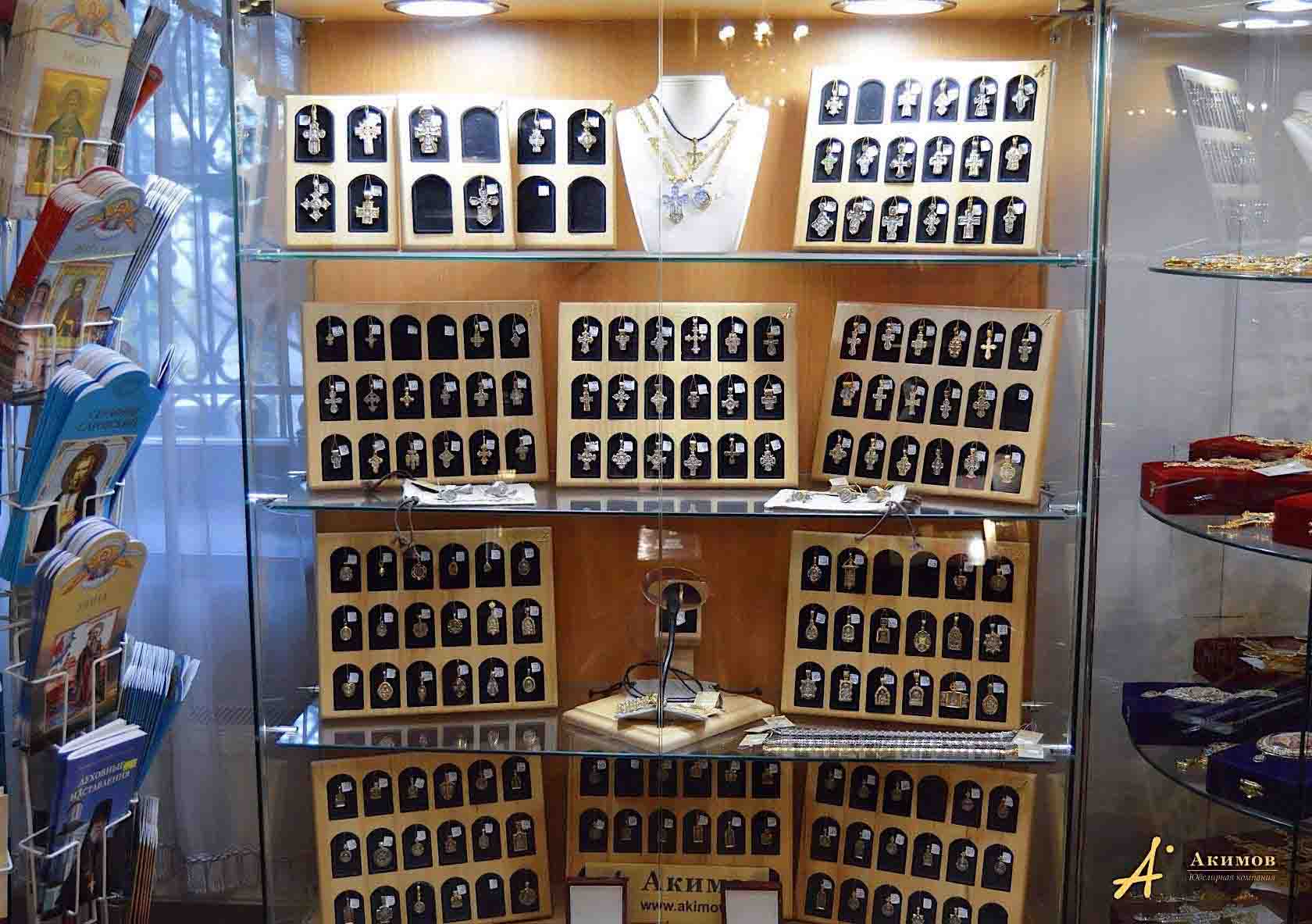 Nowadays believers have a wide choice of body crucifixes. They can choose four-pointed, six-pointed, eight-pointed, with or without the image of crucified Jesus. There are more complicated ones, made in an extremely symbolic form, with the image of a saint on it. Also, it is possible to find them even in a small box with closed doors. All these jewellery undoubtedly have a rich history, during which their shape, material of manufacture and others have changed. You can buy them in all stores, dedicated to the church theme or directly in the Church itself.

However, everything is not limited to just crosses. There are also pendants. They, similarly to crosses, can have a different appearance: starting from a variety of shapes and ending with the image of different Saints. For instance, it may have the image of:

The tradition of wearing a pendant comes from Byzantium. Initially, such jewellery was made from stone. Made from a different material, they were located only on the lid of a reliquary. Later when the tenth century came, pendants made of expensive metals began to appear. They were decorated with stone, enamel and sculptural terrains. At the same time in Rus’, they began to make the images of Saints from metals. For example, the icon of the Most Holy Lady Theotokos.

Now they are also called “amulets”, but this is incorrect. At first, the amulet was called a purse with a shrine, which was dressed with a crucifix on the neck. Later people began to believe that the amulet could protect them from evil forces, so they began to call it the amulets that protected from evil.

However, the image of the Saint is not a talisman. Such beliefs are not welcomed by the Orthodox religion. Believers think that they are protected by the Saint himself, depicted on the icon, and not by the icon itself, as an object.

Often you can see beautifully decorated security rings on the shelves. They are not only an accessory but are also important for Christians. So they often depict various prayer phrases, such as “save and protect”, messages can also be nominal. Besides the inscriptions, they may contain images of different Saints or cross. It is possible to combine all of the above on one ring. They are usually made of gold, silver and copper. This jewellery has a rather rich and vivid history. The tradition of wearing such rings is very ancient, and it firstly appeared in Byzantium. Later after the adoption of Christianity in Russia, the Russian people took this tradition. Then it was possible to buy them only in monasteries, as a souvenir. Since the nineteenth century, they have been actively sold as Orthodox jewellery in jewellery stores or churches. Many rings which were made in those ancient times, in Byzantium, have preserved.

Previously they were used for protection from evil spirits. They were worn directly by the owners themselves or they were used to seal something valuable and expensive. Such a ring was sometimes used during the wedding ceremony as an engagement ring. It was believed that the faces of the Saints depicted on the wedding rings were witnesses of the pure, strong and sincere love of two people who decided to get married.

Crucifixes, pendants, security rings and much other similar jewellery are not only decorations. They are a significant part of all religion. With the advent of the twentieth century the Russian people stopped paying much attention to this, forgetting their traditions, but today they are gradually returning to the lives of believers.