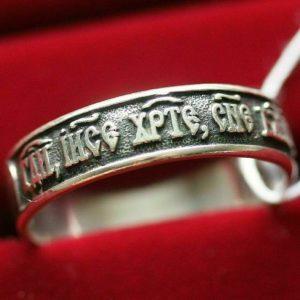 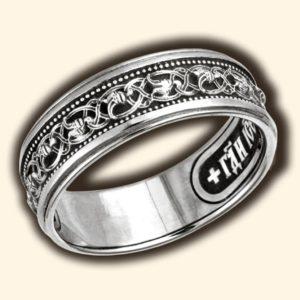 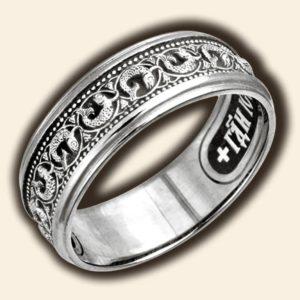 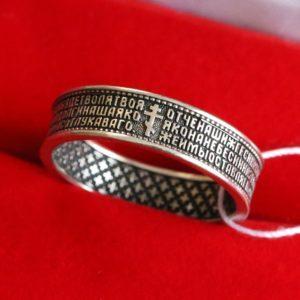 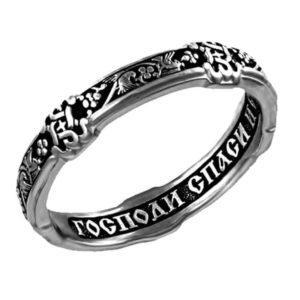 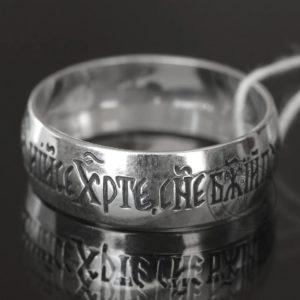 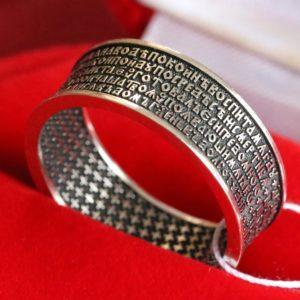 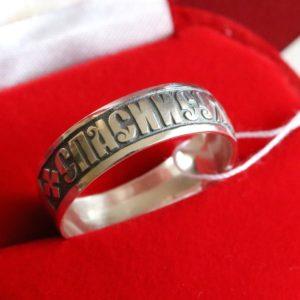 A ring is a beautiful piece of jewelry. Our rings are made of 925 hallmark silver with the application of words from prayers or special engraving.

The wearing of the ring has come to us since the time of Byzantium. At that time, jewelry was made of various materials: iron, silver, gold. The rings were marked with words from prayers, the face of a saint, and an engraving of two letters “HR” – Christ. They were sold in any church shop at the temples, or in a shop with decorations.

Silver rings have always carried a deep spiritual meaning and were a wonderful decoration. The tradition of wearing was adopted by Orthodox Christians, but, unlike Byzantine accessories, jewelry was more modest.

“Save and Protect” is a word from a Christian prayer. The first such decorations appeared in the XIX century at church churches and were exclusively souvenir products. But over time, such decoration began to take on a deeper meaning.

The “Save and Protect” ring is an individual symbol of faith for every Christian. This is not an ordinary decoration, but protection and amulet from evil forces and a symbol of connection with God. According to religious beliefs, it is believed that it protects from the evil eye, from death and from any negative energy directed at the owner. This decoration should be treated with dignity and with all my heart. In Orthodoxy, the words “Save and Protect” carry strong energy and are a kind of appeal for help to the Lord God.

The Church has always approved of the wearing of such amulets. But it is believed that when performing any menial work, the ring should still be removed, so as not to damage or spoil the amulet. There are no strict rules regarding wearing. It can be worn on any finger – convenience is paramount. Only the wedding ring should be worn on the ring finger of the right hand.

When choosing such a talisman, it is worth paying attention to silver rings, because silver has long been considered an Orthodox metal. It is believed that silver has protective properties and protects its owner from evil forces. The inscription: “Save and Protect” can be applied both on the outside and on the inside. For those who do not want to attract too much attention, it is worth buying a ring with an inscription inside. Also, after purchasing such a ring, it should be consecrated in the temple.

Suitable for both men and women.

In our Orthodox shop there are rings in different designs: